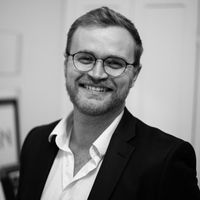 When you share to LinkedIn, some special magic happens that determines how many people will scroll past your content as they attempt to kill the last 10 mins before their lunch break.

This special magic, sometimes called an “algorithm” is a judge whose verdict can be measured in the number of clicks, likes, comments and laughing emoji your post receives.

Determined to understand this magic, I searched the archives for more information. I turned to the venerable sages, the “LinkedIn developer blog” for guidance.

Many minutes of dusty tome bashing later, the answer is slightly clearer.

The actual algorithm in its entirety is jealously guarded by the wizards in their tower at LinkedIn. We can, however, decipher the broad process of how the magic works. 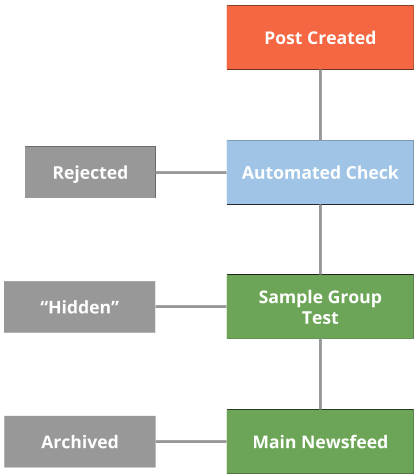 We can think of a post’s journey as a set of three trials. At each stage, the wizards of LinkedIn may banish the posts to the wilderness, also known as “waaaaaaaaay down the Linkedin feed”.

When a post is created on LinkedIn. It immediately goes through its first trial. The post must pass something called a “Universal content filtering program”. This is a clever, magical creation that does all the hard work so the wizards don’t have to. It looks at the post language, links and images to try to determine whether it is spam, low quality or if it is high quality and deemed worthy of continuing.

High-quality posts passing the first trial continue to the second trial - the “sample group test”. Those posts that appear spammy, low effort or “unclear” to the filtering program are sent to be reviewed personally by the wizards - risking the ire of the feared “Trust & Safety” team...

A post that passes the first trial does not make its way straight to the green fields of the content feed though. No, the LinkedIn wizards are much more cunning than that.

Advice from the sages: write a post in normal language, include a description (don’t just post a link) and be careful where you link to.

The second trial - the sample group

The second trial is conducted by exposing the post to a small group of your connections. Precisely how these are chosen is shrouded in secrecy - it has been rumoured that these are the mythical “early adopters” of legend.

The will of the mob is fickle, yet your post will live or die by the likes, clicks and comments of the test group. Time is of the essence. The first few minutes are key here. The wizards of Linkedin carefully watch for what they call “virality predictions”. These include the number of likes, clicks and comments and how fast they accumulate - as well as how broad the audience is your post reaches.

Posts do not really fail the second trial, but their performance here will affect where a post is ranked in the newsfeed. Do well in sample group and a post is assured pride of place on newsfeeds far and wide; do poorly however and not even the most serious of adventurers will happen across it.

The final trial - the newsfeed

The goal of any post is to frolic in the wide open fields of the newsfeed and perhaps even join the ranks of “viral content” sung about in the sagas.

But the newsfeed is a trial in itself. Posts must be wary and continue to gain the likes, clicks and comments that sustain them - lest they are relegated to the dreaded “post archive”, never to be seen again. A post in the newsfeed will be demoted if it stops gathering engagement.

Advice from the sages: be active in the comments, spark a conversation by responding, asking questions and keeping the readers engaged.

LinkedIn’s home feed is the starting point of a member’s journey on LinkedIn. Millions of members see the feed as their first impression. The feed is also instrumental to delivering on LinkedIn’s core value propositions: it allows members to stay connected with their network by following network activities, to build their professional identity by posting content, to stay informed by consuming recommended content, and to discover new economic opportunities. Keeping the LinkedIn feed relevant by identifying unprofessional and spammy content is critical to maintaining the quality our members’ content consumption experiences. In this post, we describe the various processes and algorithms that keep our feed cleared of spam and relevant to our members. 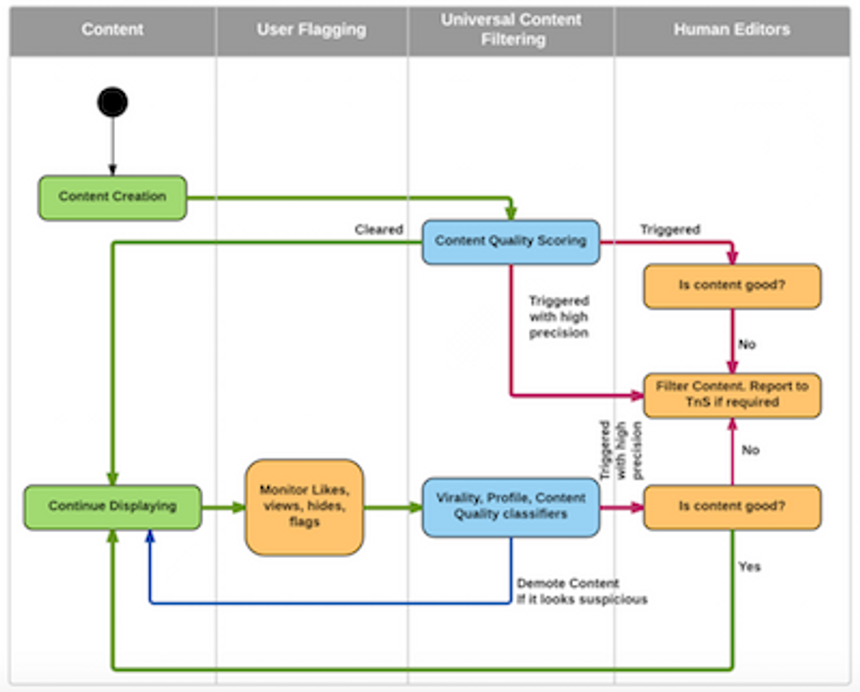 Your story, your goals, and your definition of success may all be different. But whatever you're in it for, we're #inittogether. What are you in it for? https://t.co/CDCJUV59Qd pic.twitter.com/utnAdFohYW

#fridaythoughts #Marketing & selling is about engaging people rather than targeting a logo. Getting your story in front of all the people that matter is the key. Full insights from @aelgar here - https://t.co/M3j4uO90dV

The future of Content Marketing in professional services(?)
Samuel Page
CMO Series EP52 - Erin Dimry of DLA Piper on growth, mentoring, and the role of the CMO
Samuel Page, Alistair Bone
Eminence Gap - the difference between where your firm is and where it should be.
Samuel Page
Recent posts from PM Forum